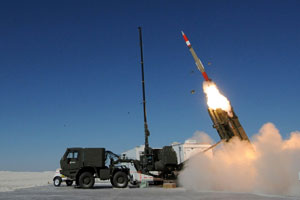 The Polish Ministry of Defense has re-initiated discussions with the Medium Extended Air Defense System’s (MEADS’) team spearheaded by Lockheed Martin, an industry source speaking on background has confirmed.

The system is strategically transportable and tactically mobile. It is required to be transportable by C-130 and A400M aircraft and will be quickly deployed to the theatre of operations and airlifted with multiple missiles loaded on the mobile launcher. Once in the forward zone, it is able to move quickly to keep pace with fast-moving manoeuvre forces.

MEADS has greater firepower and requires less manpower than its predecessors. The components of MEADS are linked by a communications network with netted and distributed architecture, enabling the MEADS units to be organised according to the specific task requirements and configured according to predicted threats.

The multiple paths of communications result in the system being very robust against jamming and also allow the units to be dispersed over a wide area. The units have access to sensors from other systems. Interoperability also allows multiple allied air defences to work together.

Poland announced in the spring of 2015 that it had picked Raytheon’s Patriot system for its new air and missile defense program called Wisla. Lockheed was in the running but the government excluded it from the competition because MEADS was not yet a fielded system.

Poland and the US government began negotiations to purchase the first two Patriot batteries, expecting to sign a contract within a year. But then an election in Poland upended previous defense acquisition decisions and the new government is now studying these decisions made by the former government.